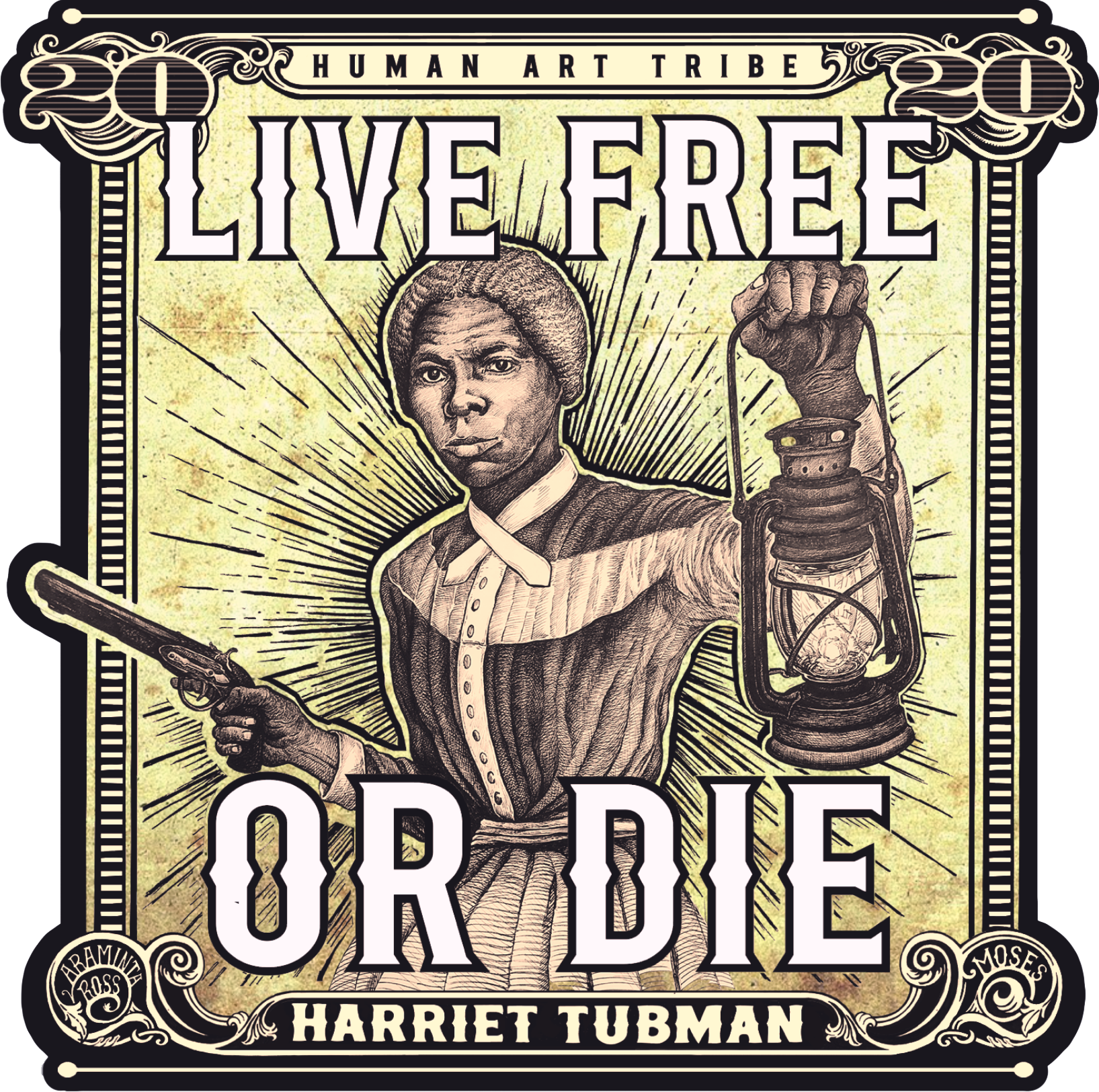 "I had reasoned this out in my mind, there was one of two things I had a right to, liberty or death; if I could not have one, I would have the other." — Harriet Tubman

We are the Human Art Tribe, a collective of citizens from across the United States who desire to see an American hero replace an American villain on the twenty dollar bill.

We desire to forward the cause of justice. While symbolism is not a substitute for justice, that doesn’t mean symbolism doesn’t matter. Those we as a nation honor should be worthy of that honor. Those we put on our currency should be those our children can look up to.

Harriet Tubman is that person. After obtaining freedom in 1849, she could have lived the rest of her life in relative peace. But instead, she returned to the land of her bondage continuously for more than a decade without any regard for her own well-being, risking everything to loose the chains that bound her fellow human beings.

If you agree that Harriet Tubman is the American hero who should be on the twenty dollar bill, sign the petition below and spread the word by ordering Tubman Twenties for distributing in your community!

Who is Harriet Tubman?

One of the most remarkable women in American history, Harriet Tubman was born into slavery in Dorchester County, MD in 1822. Harriet (born Araminta “Minty” Ross) was the fifth of Ben and Rit Greene Ross’ nine children. As a young child, Harriet worked mostly...

Q&A With the Artist

Who are you? I am a long-time artist and activist who has been involved in the fight against state-sanctioned violence for more than a decade. I have decided [...]