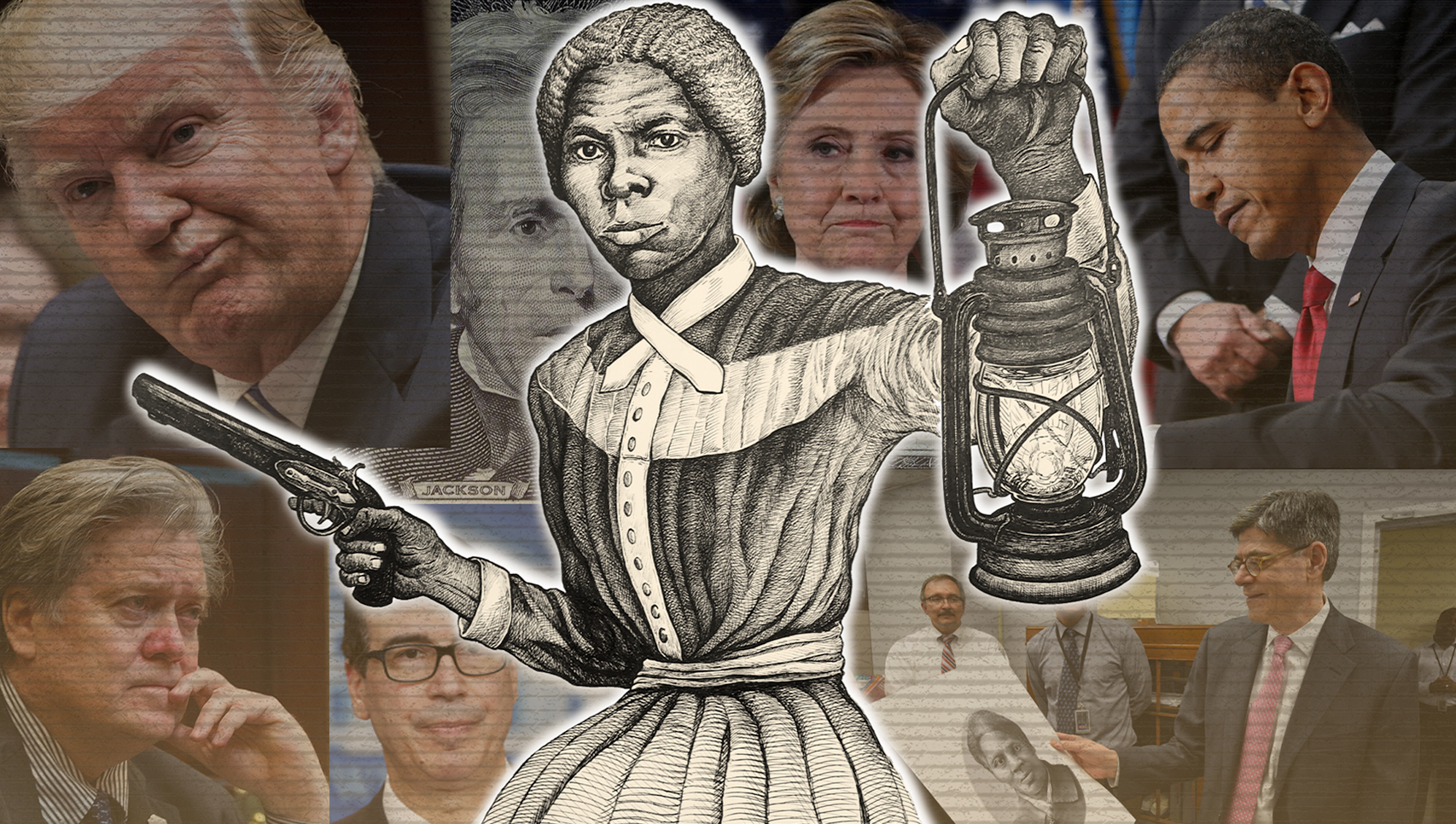 Lew explained that the redesigned twenty would be unveiled in 2020, though it would not go into circulation right away. Being that Lew and President Barack Obama only had a few months left at their respective positions and the change would take years to implement, Lew was asked whether he thought a future administration might halt the project. His response: “I don’t think somebody’s going to probably want to do that — to take the image of Harriet Tubman off of our money?”

Lew’s reaction was understandable. Whatever one’s views of Jackson’s other policies, who in their right minds would try to keep the slave-owning architect of the Trail of Tears on the twenty-dollar bill instead of a freedom fighting abolitionist whose adult life was one death-defying heroic tale after another?

Tragically, alt-right leader Steve Bannon was a close advisor to President Donald Trump during the 2016 campaign and in the early months of the Trump presidency. While he didn’t last long, Bannon was able to imprint on Trump the idea that Jacksonian politics should be the model for the administration. He told the Washington Post in 2016 that the ascent of Trump was the ascent of Jacksonianism: “Like Jackson’s populism, we’re going to build an entirely new political movement.” Bannon even convinced Trump to order a Jackson portrait for the oval office.

Bannon’s influence led Trump to oppose the replacing of Jackson, which Trump called “pure political correctness.” This is absurd. The change has nothing to do with censorship and everything to do with putting someone on the bill who we can be proud of and strive to emulate. If Trump is concerned about political censorship, Jackson himself was a tyrannical President who opposed freedom of speech. In an 1835 message to Congress, Jackson complained that anti-slavery pamphlets were “evil” and that the Northern states must take action to “suppress” them. Tubman replacing Jackson on the twenty is not about political correctness. It’s about replacing a tyrannical racist with a bona fide American hero.

Under the Trump administration, the Tubman Twenty has been delayed. The unveiling is now scheduled for 2026 and circulation is scheduled for 2030. Current Treasury Secretary Steve Mnuchin says that the administration is not responsible for delay, explaining that six more years are needed to develop the anti-counterfeiting technology for the new currency and the original timeline was unrealistic. Whether that’s true or not is difficult to confirm, but we can certainly say that the administration is not doing anything to help the process along.

The degree to which Tubman is a superior American role model to Jackson cannot be exaggerated. Tubman risked life and limb to rescue her fellow human beings from the chains of slavery. (You can read more about Harriet Tubman here.) As for Jackson, even among slave owners, he was uniquely cruel. Whereas Harriet was risking everything to lead enslaved African-Americans to freedom, Jackson was publishing wanted posters for runaway slaves offering $50 to anyone who returned them and “ten dollars extra, for every hundred lashes any person will give him.”

Further, Jackson’s premier policy achievement of his first term was the Indian Removal Act, a bill which forcibly removed Native Americans from nearly all of their land in the Eastern United States. Referring to the Act, Jackson’s Vice President Martin Van Buren once said that “There was no measure, in the whole course of [Jackson’s] administration, of which he was more exclusively the author than this.” On paper, the Act only authorized the federal government to negotiate removal treaties with the tribes, but Historian Anthony Wallace records that the execution of the Act bore little semblance to its language: “In principle, emigration was to be voluntary. But the actual policy of the [Jackson] administration was to encourage removal by all possible means, fair or foul.” Historian Daniel Walker Howe echoes Wallace, writing that “To [Jackson], the practice of dealing with Indian tribes through treaties was ‘an absurdity,'” and that Jackson believed “the government should simply impose its will on them.” Applying both physical and financial pressure, Jackson successfully confiscated the land.

The motivation for desiring Native removal was twofold. One, it personally enriched Jackson and many of his fellow Southerners. The Southeastern land was prime territory for cotton growing, a favored industry of slave owners. But the Natives’ expulsion also served slave owners’ political interests. The expansion of slavery into new territory was the expansion of the slave power. The more territory owned by slavers, the more entrenched they became as a political force. Representatives from the slave states voted in favor of the Act 61-15 and Representatives from the free states voted 82-41 against it.

Coercive displacement is bad enough, but the trek Native Americans were forced to make meant death for thousands of Cherokees, Seminoles, Creeks, Choctaws, and others. Referring back to Van Buren’s quote, Jackson was defined by The Indian Removal Act more than any other. The Trail of Tears is his primary legacy.

An abolitionist and underground railroad conductor vs a slave owning ethnic cleanser should not be a difficult call. It’s time for the delays and excuses to end. Tubman vs. Jackson is good vs evil. Demand that Tubman replace Jackson without any further delay by signing the petition below!