Q&A With the Artist 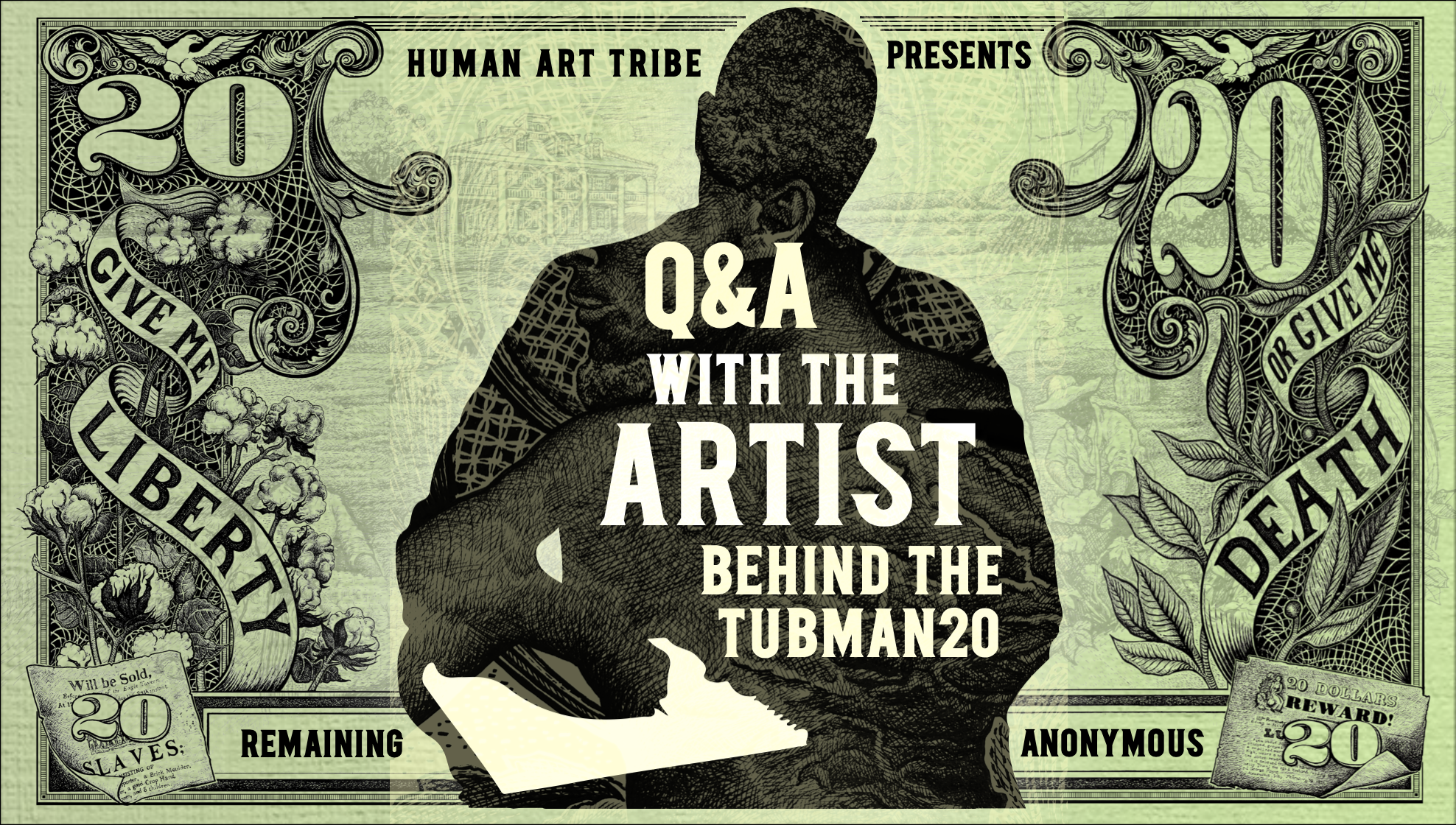 I am a long-time artist and activist who has been involved in the fight against state-sanctioned violence for more than a decade. I have decided to remain anonymous for this project because it is very important that all the attention is given to the movement to put Harriet on the twenty, and I do not want attention on me or my previous artwork.

What inspired you to create the Tubman Twenty?

When the story broke in 2016 that Harriet was going to replace Jackson on the twenty, I rejoiced. Then, when Donald Trump and Steve Bannon’s love of Jackson was revealed and it became apparent that the Tubman Twenty might be delayed, I decided that if the U.S. government wouldn’t put her on the twenty, I would.

Being on the currency is a position of honor. It’s supposedly where we put the best of our American heritage; people we can look up to. Yet, the current twenty features a slave-holding white supremacist.

The symbolism of replacing a vicious slave owner with an abolitionist is just too good. Tubman rescued people from the monstrous evil which Jackson perpetrated, and it’s long past time we honored the abolitionists rather than the oppressors.

Explain your depiction of Harriet. 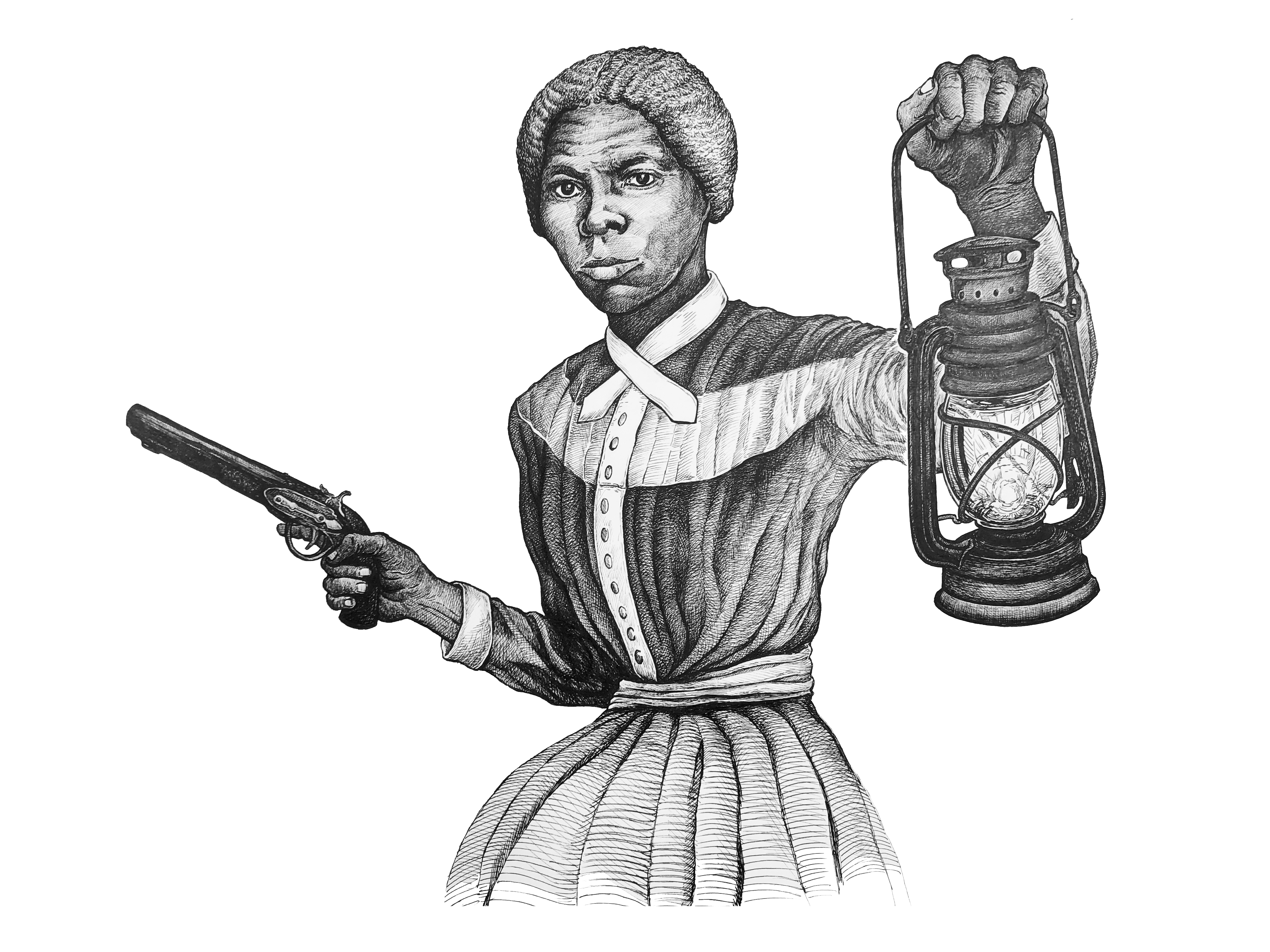 While some of the proposed sketches for the new twenty depicted Harriet in her later years, I wanted to feature Harriet as she appeared while

working the Underground Railroad, gun and lantern in hand. My drawing was based on the earliest-known photograph of Harriet which now hangs in the National Museum of African American History and Culture. Historians believe it was taken in 1868 or 1869 when Harriet was in her late 30s.

I wanted a gun in her hand as she was known to carry a gun and was prepared to use it to help slaves to freedom. Though historians believe it’s unlikely Harriet carried a lantern while helping slaves to freedom, I included it because the lantern is a common symbol of the Underground Railroad.

Some online have wondered what the burning building is. What is that a depiction of and what is its significance? 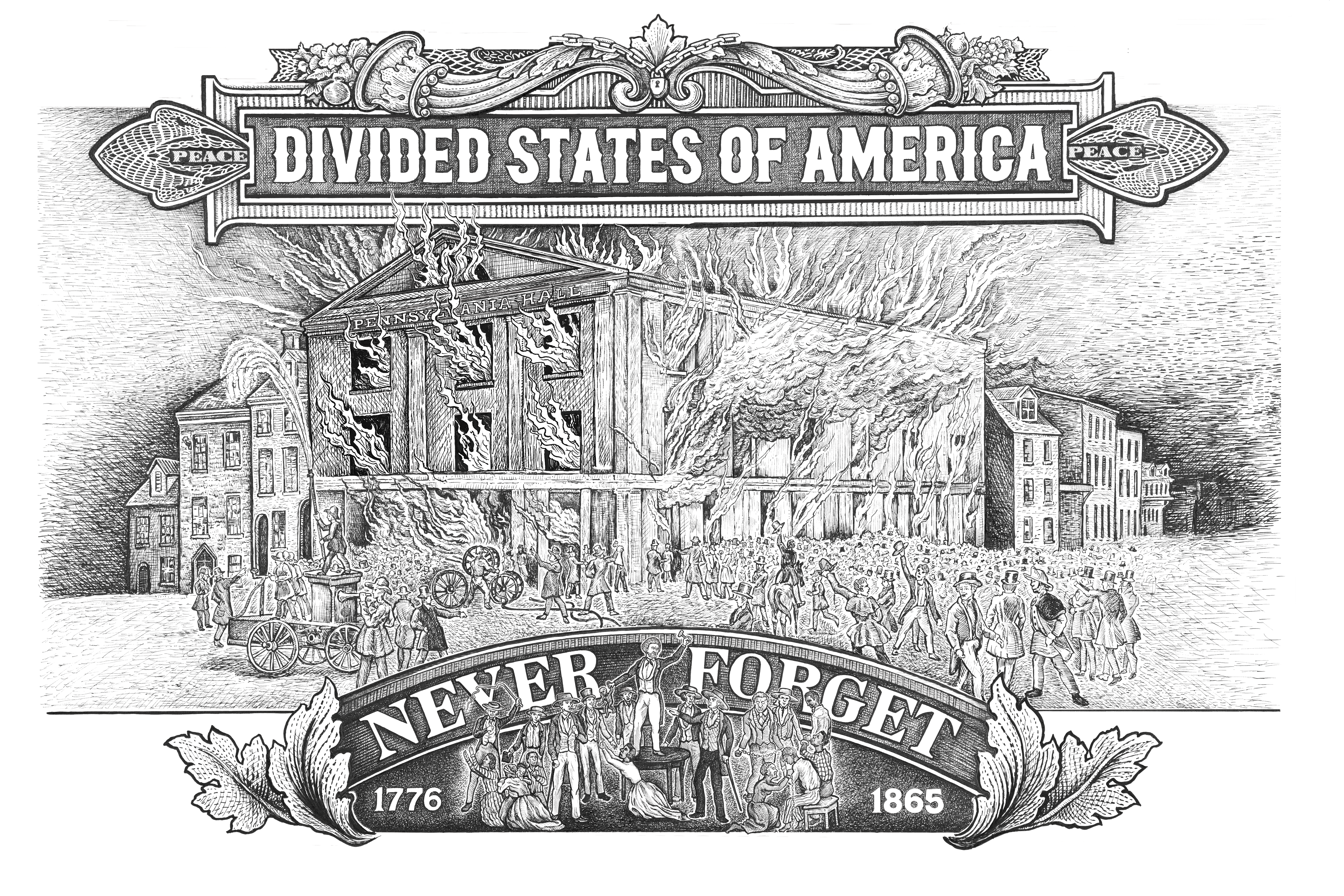 The abolitionists were demanding a change in the way American society functions. Even most Northerners who had no direct interest in slavery opposed the transformation of American society that abolitionists were calling for, and in many cases, they expressed their opposition violently. Six months prior, anti-abolitionists in Alton, IL murdered abolitionist newspaper editor Elijah Lovejoy in a riot intended to destroy Lovejoy’s printing press. There were many others as well. It was rare that any of the anti-slavery societies did anything without members of the community violently opposing them at some point. These riots demonstrate the attitude of anti-abolitionists and the violence they were willing to inflict against the abolitionists to defend the status quo. Selfish societies hate the messengers more than the message of injustice the messengers bring.

Who are the two characters on the left and right side of the back of the bill? 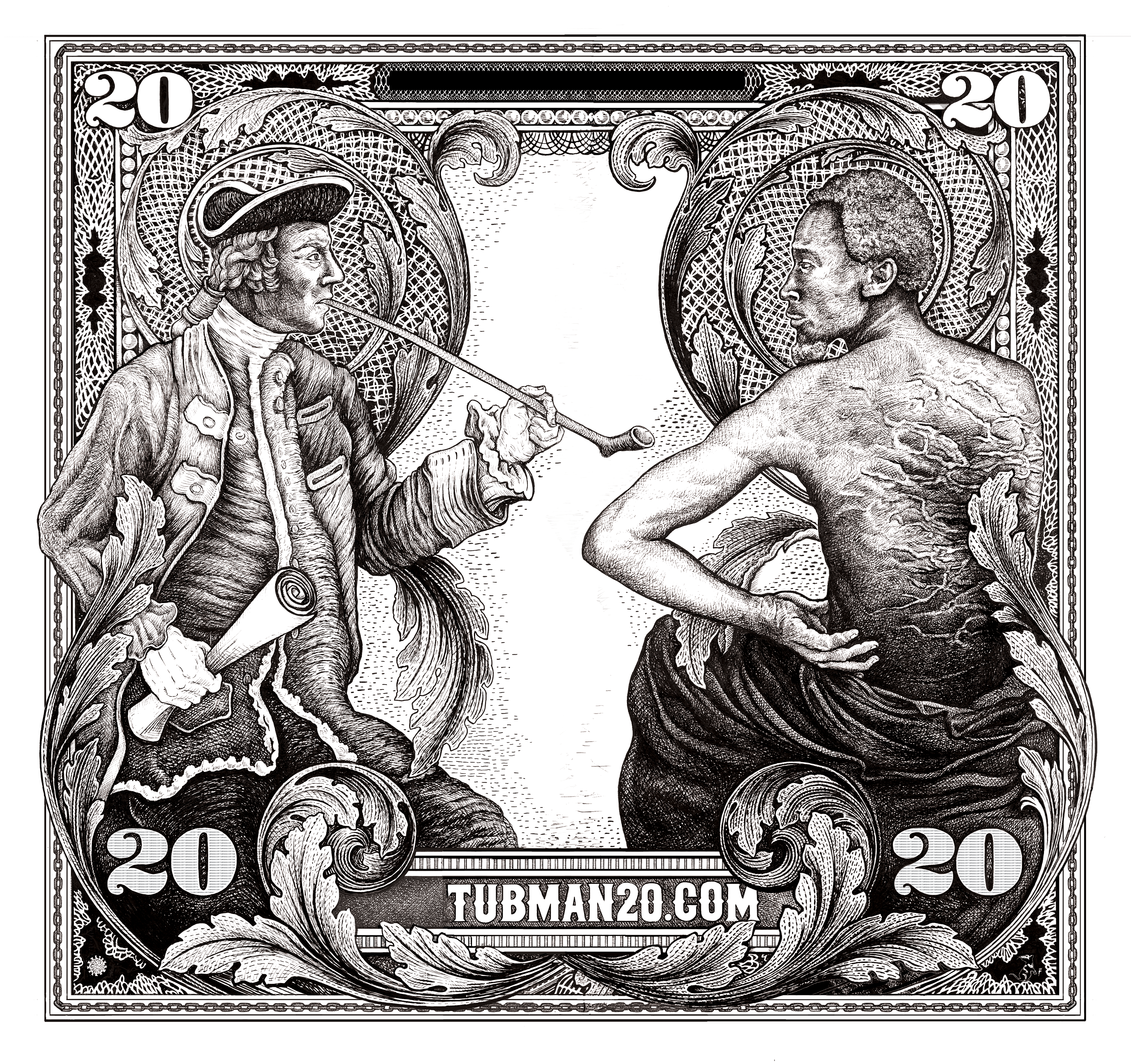 On the left is a figure to represent an early American colonial slave owner, living leisurely and comfortably while clutching the Declaration of Independence, a document claiming “all men are created equal” and “endowed with certain unalienable rights.” The man professed to believe the new Union represented life, liberty, and the pursuit of happiness while subverting those rights by perpetuating a massively abusive tyranny. Hypocrisy is what that image portrays.

On the right is a severely brutalized slave known as “whipped Peter” (his real name was actually Gordon), an iconic figure who escaped from the plantation of John and Bridget Lyons in 1863. When he reached a Union camp, his scarred back caught the attention of medical examiners and photographic journalists at the camp. The image they took and published quickly spread throughout the North, making the brutality of chattel slavery impossible to deny.

The leisure enjoyed by slave owners (symbolized by the figure on the left) was afforded to them by the suffering of enslaved black people (symbolized by the figure on the right). Connecting the left and right border at the top of the bill are two cornucopias which symbolize the bounty and wealth produced at the expense of the African people living in bondage. Connecting the two sides of the bill at the bottom is a scene common to the time: the auction block. In this scene, an auctioneer is selling off a baby while the mother pleads from her knees for the return of her child. A chain runs along the entire border representing the all-encompassing nature of the slave power at the time.

Are there any hidden symbols or messages in the bill?

Yes. Of course there are.

Would you like to point any of them out?

I am hoping that people will examine the imagery closer and discover layers of symbolism on their own. As for hidden messages there are a couple such as the numbers and letters used in the serial number on the front, but most of the bill’s imagery is very straightforward and easy to interpret.

What impact does the Trump-Biden election have on the project?

What do you hope to accomplish with this project?

Obviously, justice isn’t achieved by artwork or by simply putting Harriet on our currency, but symbolism can be an agent of cultural change. My objective is to help America take a small step forward toward a more just and less violent future by raising awareness of Harriet’s heroism and the principles which animated her life and the movement she was a part of. I hope the signatures we collect are significant enough to make an impact with whoever the next President is, and I hope that the information about Harriet’s heroism spreads far and wide.

As a result of this project, I hope that the demand for Harriet to replace Jackson grows, but also that Americans would come to know the real Harriet Tubman better and seek to be more like her in the way she fought systemic oppression and injustice. If we can become more like Harriet by consistently embracing her principles of justice and mercy, courageously and selflessly striving against violent injustice, we can come out of this dark time stronger than how we came in.